At my Schools, I often show the kids photos of NHL players executing proper techniques in skating, and one of the pictures I might display is of that Hockey Star himself… Lebron James!…What’s that you’re saying??? Is he playing Hockey now too? Of course not, but I show the picture of Lebron making a move on a defender in Basketball, his knees bent to 90°, back straight, head is up, all to illustrate a point. That is, that the body mechanics needed to generate speed, maneuverability, balance, etc. in Hockey can directly correspond with the body mechanics in nearly every other sport. In this article, I will depict for you certain body mechanics used by athletes in other sports, which, hopefully, will allow you to improve your skating and give you a better understanding of how we use our body in sports, particularly in Hockey. 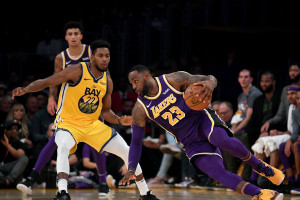 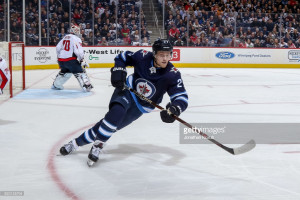 As discussed with Lebron James (pictured), all great Basketball players have incredible strength in there legs. They have the ability to play an entire game with tremendous flexibility in their knees and Basketball players have unbelievable balance, especially when they get all there bodyweight centered over one foot while taking off for a monster dunk.

Hockey Skating Relationship: If familiar with my Methods, you are, then, aware that much of what I talk about above, is at the center of how I teach faster skating. For example, since skating strength comes from the legs, the ability to flex the knees past the point where you feel comfortable (“The Comfort Zone”), is the most important and quickest way to improve your overall skating. Also, as in Basketball, to attain maximum power and thrust from your pushes, you must develop the ability to center 100% of your body weight over one foot, which, I may add, is a lot harder to do on a skate blade than it is in a tennis shoe. 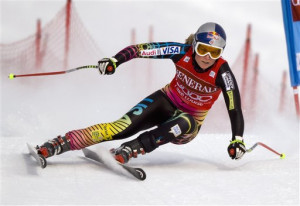 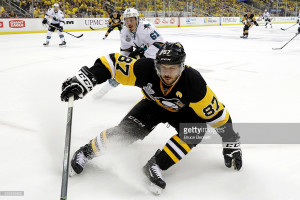 When I began to thoroughly learn the art of skating on ice, I noticed that my Skiing ability improved dramatically also… and not by coincidence. Skiers uses there edges exactly the way we do on ice skates. That is, in order to make sharp turns on the hill they roll the edge, either outside or inside, to 45° (halfway), which gives them the grip in the snow. Also, watch the champion Skiers, like former Champion Lindsey Vonn (pictured), and notice how they are masters of the “Counterbalance Technique” the ability to shift your bodyweight in the opposite direction of your edges, thus, countering the balance and allowing for an extreme turn.

Hockey Skating Relationship: So much of what is discussed above, use of both inside and outside edges, rolling the edges at the ankle to get the proper grip and the art of Counterbalancing, is parallel to that in skating. The main benefit of watching the top Skiers perform will be in helping your turning maneuvers. If you can mimic the skier by learning to shift your body weight to the outside, rather than leaning into a turn and running the risk of having the skates slide out from under you, then soon you will be making much faster and more controlled turns. 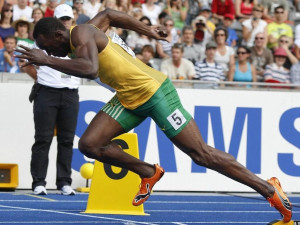 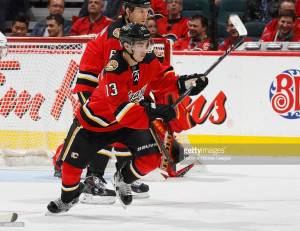 Sprinting is, obviously, about speed. However, the greatest Sprinters, such as former Olympic Superstar, Usain Bolt (pictured), are the ones that combine their raw speed with hard work and a dedication to rehearsing proper techniques just as in skating. From a technique standpoint, the Sprinter gets a quick start by exploding out of the blocks forward, not upward, on the balls of their feet, for a few quick but efficient strides before they settle into full extension of the legs. Also, notice how the Sprinter extends his/her arms fully to the front (in the direction of travel) and not side to side or against the line of travel.

Hockey Skating Relationship: The explosive start is a vital element in the sport of Hockey. You should try to emulate the Sprinter coming out of the blocks when practicing your starts, by springing forward on the front part of the skate and making 3-4 quick (not short) strides before settling into your longer, gliding motion. The importance of correct arm swing when skating cannot be minimized either. Make every attempt to have your arms swing to the front, with one hand on the stick, in the direction you are going, not passing the mid-section of your body because that can take your momentum from side to side and throw off your balance, all resulting in a loss of speed.

And by the way, the defender we referred to in the opening paragraph who Jordan is making the move on, John Starks of the Knicks, is executing a perfect Crossover Maneuver knees bent, inside shoulder is parallel to the floor (not leaning in) and the inside leg is crossing under the body to full extension, etc., etc.